When ‘G’ in weddings stands for gifts

The idea of two people vowing to take care of each other in heath, sickness, and wealth is truly extraordinary in its own way. And if a couple manages to do that I guess it’s the perfect traditional anniversary gift one can gift to each other; ‘the fulfilled promises’.  These two in front of their families and friends promise to be together forever no matter what happens down the lane, they will not leave each other. Whether it is an Indian wedding or some foreign wedding or even the Royal wedding the main purpose is to celebrate the love the couple shares and be the witness to the promises they make and see them keeping their vows for the many years to come, calls for a celebration! And every anniversary celebration is incomplete without those traditional anniversary gifts.

Except for the confusion of which dress to wear on which occasion, the other main decision dilemma is what to gift the beautiful couple. Which gift should we give that the couple would be overwhelmed on seeing it or which traditional anniversary gift we should provide them that they will cherish it long enough? How can our gift stand out from the other gifts? Should we give those traditional wedding gifts? Or we should give them something out of the box? And that is not all, once you get there, it is just the beginning because you are going to see this wonderful couple keeping their promises and celebrating the journey as a married couple, as husband and wife. And you will have this same trouble, same butterflies will be felt in your stomach once again when you won’t be able to think of a gift for their wedding anniversary!

Let’s go old school and dig those traditional anniversary gifts people used to exchange. Many people feel that traditional gifts are predictable, boring, used up, or doesn’t excite us anymore. But if you look closely traditional gifts have their reasons for being used for so many years. They are being endured year after year for certain reasons. These are the gifts which are useful to the couple, these are the gifts which the couple remembers and probably cherishes for the years to come.

Here is a piece of advice, whenever you want to gift something to someone;  just imagine what would you want to have on that particular occasion, and then gift the same to that person!

So, coming back to the traditional wedding gifts, here is the list of items people have been gifting each other for years now, but the smile of receiving it doesn’t fade away.

Money: Now, I don’t know about other cultures but in Indian weddings friends and families have been gifting money as their traditional anniversary gifts or even at their weddings they just provide them a certain amount of money along with their blessings. Now, giving money might seem a little tacky but the best part of gifting money is that you give a very wide-open field of choices to the couple themselves to choose what they require or they wanted to have but due to certain things couldn’t buy it and now because of the money you have provided them they can now fulfill their long-lasting wishes.

Heirloom piece: if you are an artist it will give a very personal touch to this traditional wedding gift, it will be something the couple would look upon and remember you and of course will give them a reason to smile.

The Most Traditional Anniversary Gift Ever!

Crystals: This is the most traditional anniversary gift ever! As this is required on a daily bases so, it is not only very useful but when you will gift them crystal vases with some flowers in it on their anniversary their smile will be bloomed from the fragrance of flowers and that beautiful crystal piece.

Let your spouse cook something delicious for you – Gift a kitchen appliance:

Kitchen appliances: These very useful items are considered as the best traditional anniversary gifts. The appliances you give them in order to make their kitchen work easier will not only help them relax but also spend some more time with their spouse in this busy life.

When you want to celebrate the relation – Marriage anniversary

Most people don’t know the difference between wedding and marriage, well, to clear this confusion it should be noted that wedding means a function, the celebration you have when two people tie their knot together. On the other hand, marriage is the relationship you and your spouse are in together. And to celebrate this relationship we have some of the ideas for you to gift on your marriage anniversary and even some old traditional anniversary gifts as well

it will only be very rude to not list the traditional anniversary gifts first! So here are some of the thoughts for that:

The Most Important Item For Our Houses:

Bedding sheets: the most important item for our houses are these bedding sheets, whenever you want to decorate your room, open your closet and take out any sheet which you got for your marriage anniversary gift because apparently there are a lot of them!

Second honeymoon: most of the times our married couple gets only one chance to go to a place alone and celebrate their new tags as husband and wife, but after that, they get so involved in themselves and their duties that they don’t get enough time for themselves and that is where you come into the picture and hand them over the beautiful tickets for their second honeymoon with a small letter saying ‘Happy wedding anniversary!’  And allow them to rejoice their married life.

Time for some out of the box gifts:

Did you know each wedding anniversary has a certain name associated with it? Well, this gives us an idea as to what to gift on the couple’s marriage anniversary!

Gifts and parties go hand in hand so, for our couple lets have the party themes related to their anniversary year!

For the tenth year: If you are wondering what to gift your wife on your 10th wedding anniversary then the traditional wedding gift lists says diamond jewelry. The theme for the party can be blue or indigo and to make the blue look royal, outshine that diamond jewelry!

For 40th year: The years has passed and it is just magical how you two have made it till 4 decades and to celebrate this the theme should be red! As you both are still young and all pumped up for the years to come!

So, here were all the traditional anniversary gifts you can gift to your spouse or to your friends. Along with a very warm ‘happy wedding anniversary!’ roar to get the party started! 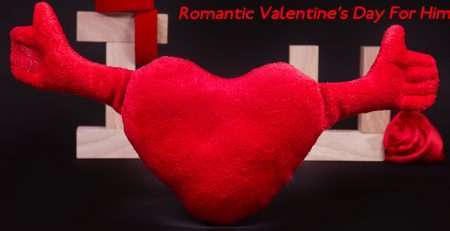 Gift Ideas For Him To Celebrate A Romantic Valentine’s Day

Men love gifts as much as women do. Gifts are one of the best ways of expressing your love for... read more Gifts For Rakshabandhan Rakshabandhan, also popularly known as Rakhi is an auspicious Hindu festival that is centred around the special bond... read more The Best Of Both The Worlds – Ideas For Birthday Surprise For Best Friend!

Colossal Birthday Surprises! Birthday gifts and birthday treats are the most awaited moments of a birthday. But the best thing that... read more Celebrate Her Birthday With Best Birthday Surprise Ideas For Girlfriend

WHAT TO GET A GIRL FOR HER BIRTHDAY Girls have a very important role in the life of person whether your... read more Express your love with surprise gifts for husband on his birthday Rakshabandhan Celebration Ideas 2020 To Enjoy This Auspicious Day To Its Fullest! A lovely Valentine Gift For Your Lovely Fiance Have you finally chosen someone you want to spend the rest of your... read more It’s that time of the year again when you show your loved one how special they are.  With Valentine's Day just... read more Have An Amazing Birthday Celebration With Birthday Surprise Ideas

Birthday Time - Celebration Time To make the birthday party beautiful and rocking, try these birthday surprise ideas and have an... read more This Valentine’s Day, give a gift of love that connects your heart with theirs! Romance your love with the best-personalized... read more